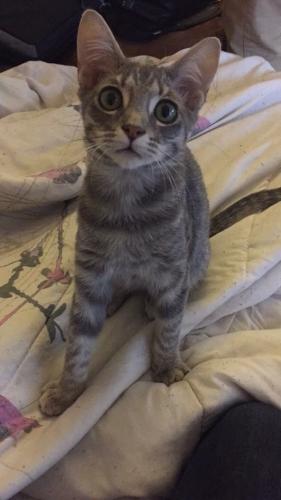 On September 11, 2018 his health quickly declined and we called Home Pet Euthanasia to come out. The Doctor arrived in less than an hour and explained everything to us. She was extremely kind and warm.  All three of our cats liked her and felt comfortable around her.  The procedure was painless and we had as much time as we wanted with Wally.  I cuddled, hugged and kissed him the whole time and we all said our goodbyes.  We carried him out to her car in his favorite blanket inside a big basket she brought in.  She gave us each a big hug before leaving.  I feel it really helped our other two cats by us having this done at our home.  I wouldn’t change a thing, other than having more time with Wally.  He was the most loving, special cat I’ve ever had.  From the day he chose us at Petsmart on Valentine’s Day, 2014.  Almost 4 months old.  He always loved cuddles, belly rubs, coconut oil, and drinking out of the faucet.  He never meowed unless he wanted coconut oil, and even then it was the softest, sweetest meow you’ve ever heard.  I know we gave Wally the best home he could have ever had, and he repaid me every day with his love, purrs, cuddles, and head butts.  I think about him and miss him every single day and still sleep with his blanket I had made for him.  I know he is still with me and that I will see him again.

Wally left us six weeks before his fourth birthday. He wasn’t here long enough, but the time he was here meant more to me than any other pet I’ve had. Wally became sick in June and we saw many different specialist and ran every test recommended.  His results were all over the place and nothing was equaling a diagnosis. We tried different medications, but he kept declining. I could tell his time was coming so I contacted Home Pet Euthanasia. I couldn’t imagine bringing my baby to the hospital even one more time. I wanted him to be at home where he is comfortable.  With me, my husband, and our other two cats. I wanted to help him be as calm and happy as I could. We hadn’t scheduled anything, as we were still very hopeful with the drs he was seeing, although he was getting worse. 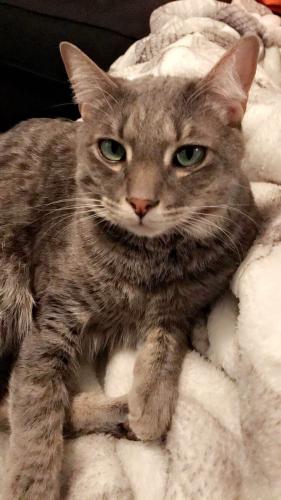 In the mean time, I have his portrait hung on my wall, his ashes and paw print next to my bed, and will be receiving a beautiful piece of jewelry soon to have some of his ashes with me all the time.  I love you Wallace Tom Hartman.  Aka Wally, aka Wally man. 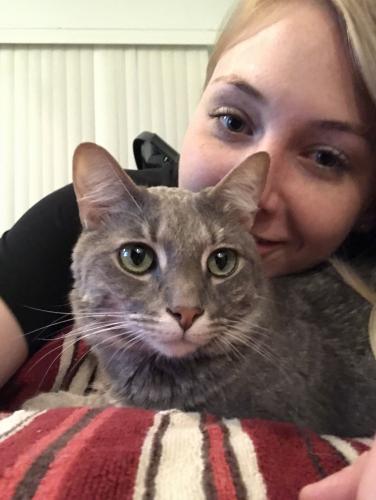 I love you Wally man

What a very sweet baby! You will be missed!

I miss you every day Wally ❤️

Thinking of you sweet kitty ❤️