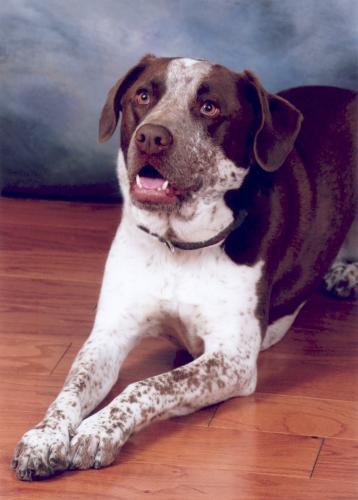 The service was handled smoothly and respectfully. What made things easier for us is that my dog could die at home without being moved. We got to spend all day with him and didn't have to get to the vet's office before they closed.

Bill and I adopted Aggie when he was eight months old. He has been rescued from owners that had stopped feeding him. Who does that?!!??!! 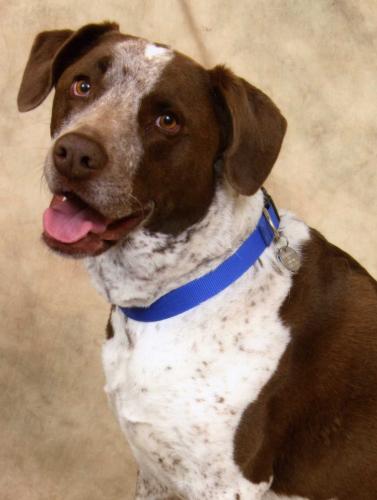 Aggie became Bill's best buddy. They shared a similar spirit and could hang for hours. Sometimes Bill would meet us at various points on our walk. Wheneve we went for a walk, Aggie was always on the lookout for Bill; Bill on foot, or Bill in the MINI Cooper, or BIll on his bike.

Aggie was happy, loyal, brave, smart, funny, friendly, loving, protective of his family and tolerant. At age 10 and quite content with being an only dog, Aggie welcomed a rescued little Cocker Spaniel (MINI) into his home. He provided MINI with much needed mentoring and guidance. She loved and adored Aggie. 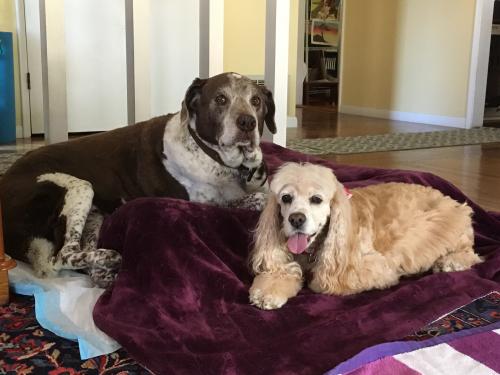 Aggie saved my life at least a couple of times. The most dramatic save was the time he fought off three German Shepherds that had escaped from their backyard and attacked us while we were on our daily walk. On that day and on every walk after that Aggie always put himself between us and any perceived danger.

Aggie never had to go to obedience school since he studied us for the first three months when he came to live with us. He then knew our habits, routines, and likes and dislikes and therefore almost never had to be disciplined. He seemed to always be trying to discern what was the correct thing to do in any given situation.

I could write on and on about what a special dog he was. But if you knew him, you know how special he was. In his final moments, Aggie was sorrounded by those that loved him. We miss him dearly. The house is very quiet now that Aggie and Bill are no longer there.

So sorry for your loss of such a sweet boy!

We miss you and love you.